This job is no longer accepting applications.

To be a part of Virtuos means to be a creator and aim at excellence.

At Virtuos, we harness the latest technologies to make video games better and more immersive than ever before. That is why we pride ourselves in constantly pushing the boundaries of possibility since our founding in 2004.

Virtuosi are a team of experts – people who have come together to share their mutual passion for producing high-quality games. People who share the same enthusiasm in exploring new ideas and the constant drive to excel in their field. People who believe in earning success through dedication.

As a group, Virtuos has become a recognized leader in its field, has been growing faster than its peers have in recent years, and is pursuing an aggressive global expansion strategy. To this end, we are seeking an experienced Mid-Level Graphic Programmer who can join our team and help pave the way towards our new goals.

With over 2,000 staff, Virtuos is one of the largest and most recognized game developers. Since 2004, Virtuos has contributed to hundreds of games on all major platforms.

Our track record is full of achievements. Virtuos has worked with 15 of the top 20 game companies worldwide (Square Enix, Warner Bros., 2K, Ubisoft, EA, Activision, Sony, Microsoft...) by contributing to many of their largest AAA, New-Gen titles as well as shipping over 10 co-developed titles each year in recent years. Virtuos aims at being the Number One game development partner by providing the best games and art to developers and publishers worldwide.

For on-going and unannounced projects, we are looking for a programmer to work on versatile and various productions focused on graphics programming missions on PC or console at first, extendable to game engine features implementation, optimization, visual system improvement or integration of cutting-edge technologies.

By joining teams of passionate people, the first mission will be to develop a brand new global illumination system, by leaning on cutting-edge solutions in order to aim at a photorealistic rendering quality for our next game productions on PC and consoles.

Nice to have qualifications 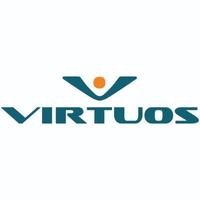 We Make Games Better, Together. #VirtuosGames